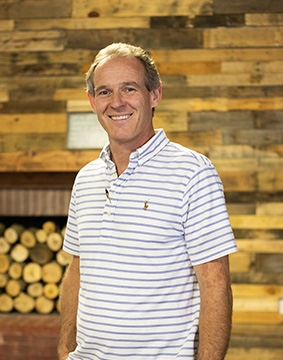 Koko Korver accepted Jesus as savior as a young boy, and was baptized soon after. He graduated from Bob Jones University with a BA in Bible. After graduation he served for 2 years on program staff at Camp Ironwood in CA where he met his wife, Scarlett. They are blessed with 3 sons. Isaac, their oldest is studying at BJU, while Enoch and Job are at BJA.

During his college years, Koko surrendered his life to serve the Lord in whatever capacity the Lord would direct. Although the Lord has led him to work and minister in Greenville, he has a heart for global ministry. He has been on many mission trips both local and abroad. He has often said, “My work as a General Contractor helps support my ‘ministry habit’!”

During the last 27 years, Koko has served the Lord and the local church by chairing a mission committee, leading a Men for Missions ministry, and serving as deacon. He has also served as a church facilities manager, and Master Clubs director. Since 2015, his ministry focus has been teenagers