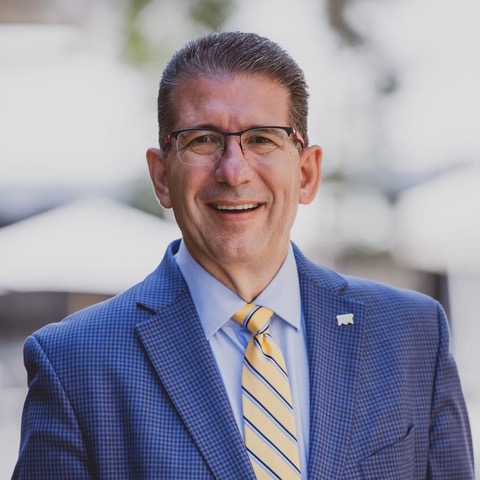 Pastor Sam Horn joined the pastoral team as the senior pastor in June of 2021. Sam has earned a BA in Bible, an MA in Bible, and a Ph.D. in New Testament interpretation from Bob Jones University. In 2007, he completed a DMin in expository preaching from The Master’s Seminary in California. He has served in various roles as professor, vice president, and president in the Bible departments at Bob Jones University, Northland International University, Central Baptist Theological Seminary, and The Master’s University and Seminary.

Sam has held various pastoral roles throughout his ministry. He has more than two decades of pastoral experience that have uniquely equipped him to shepherd PBC through its next phase of growth and development.

Sam has a deep burden for missions and has been privileged to participate on the founding teams for both Universidad Cristiana de Las Americas in Monterrey, Mexico, and Central Africa Baptist College in Zambia, Africa. In addition, he has been an academic advisor for Harvest Baptist Bible College in Guam. He is a member of the boards of CABC in Zambia, IBM Global Mission Agency, and the advisory board for Worldwide Tentmakers International.

Pastor Sam Horn is a passionate preacher and teacher of God’s word, has a heart for God’s people, and desires to advance God’s Kingdom through the Church. Sam serves alongside his wife, Beth, and their daughter, Ashton. Sam and Beth also have a married son, Robert, who serves with his wife Audrey at Calvary Baptist Church in Simpsonville, South Carolina.